Well, I'm supposing you're here to see some costumes! Thanks for being patient with the delay. It took us a few extra days to get ours put together between going on a trip to visit family, jetlag, work and school and just life in general. But we made it! And I made the blog post! Here are our costumes for your viewing pleasure:

Hope you enjoy the following fun costumes that were sent in for the contest. You can tell that a lot of hard work was put into these, and I hope they had as much fun making them as they did wearing them. You'll definitely get some great ideas for next year!

As you may have guessed from the blog post title, we had a baby. A year ago. And I'm just getting around to posting her birth story.

Based on my previous experiences of giving birth I was expecting Dolly to come early but it's always a guessing game. I went into my doctor's appointment on January 22nd (37 weeks along) and he told me that I was 1 centimeter dilated and 60-70% effaced. Not only that, but baby was super low. I was thrilled! I was so sure we were going to have the baby that week, so I moved up all of my plans or cancelled them. It was baby time. And then, day after day, it wasn't baby time. What the heck, baby?

I was glad she was being polite about not coming on Lil Spits' birthday, but I found myself coming into the next week and thinking "she's never going to come out!" I was so frustrated and done with being pregnant.
So done that a stranger came up to me at the children's museum and told me that she cou…
Post a Comment
Read more
More posts 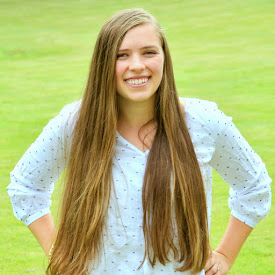